Massage Customs Around the Globe…. My Unfortunate Discovery 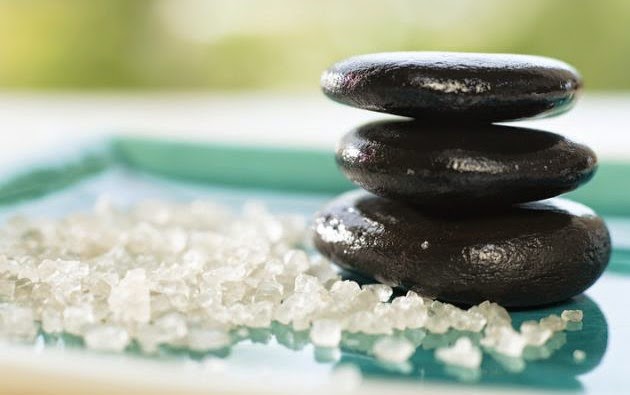 So you think a "happy ending" is just for men? Well I'm here to tell you that is not the case. I have neck issues and I'm always looking for a great spa experience. My work has brought me all over the world and given the long flights and  even longer workdays, I make sure to always treat myself to some sort of spa treatment at the hotel spa…I do not venture off of the reservation.

I'm going to break this down by 3 very different experiences in 3 countries.

USA - This was a very high end spa right on Newbury Street in Boston that has since closed. I had been given a "day of beauty" and a one hour massage was part of the package. I'm not a huge fan of a male masseuse and now I  actually refuse. #1, it's awkward for both parties. #2, they have to spend so much time folding the towel properly as to not expose any body parts that it just becomes an hour of towel origami.  #3, (and the issue with this particular massage), it becomes sexual or at least can feel that way. This was a 60 minute massage, and a solid 30 minutes was spent on my ass. He shaped my leg into a  number 4 (which has never been done before nor since this massage).  He then proceeded to  keep telling me that this is where I "held all my tension".  I was only 21 years old so at the time, I wasn't as brazen as I am today at 37, but I wanted to say,  "my ass is tense because I'm so uncomfortable that you won't get your hands off of it".  Well, I then had to do a backwards number 4 because wouldn't you know, the other side was just as tense. I did however complain after the fact and they offered me another complimentary massage, to which I  declined.

China - This could go in a million directions. However, I am not going to tell someone else's story, though I do have some great ones, #steeltrap.  I will simply tell my own amazing experience. China has the BEST reflexology and head massages and before the hectic schedule begins, my favorite thing to  do is start the trip off with both. I don't know many women who don't love a good foot rub.  I highly recommend this. It helps with jet lag, headaches, wrinkles and life…I wish!  However, I will say that If you're a guy, I hear that you actually need to say that you don't want  a "happy ending" or they just assume that you do and they keep on going. Interesting right? Perhaps this isn't in the Mandarin or Peninsula Hotel and may be on some sketchy side street but given my next story I wouldn't put it past the hotel massage offering. #justsaying

This brings me to my final  country and I was hesitant about even writing on this topic because I am still horrified and embarrassed. But full disclosure I suppose, literally.

India - I was 27 years old, This was my first time in India, and my 2 week buying trip was nearing an end. My co-worker and I decided we more than deserved a spa treatment after sitting on dirty floors in factories for 2 weeks picking out Holiday merchandise. She chose a pedicure (wise choice) and I chose a massage (worst decision of my life). I hopped on the bed (I kept my underwear on) and there was a thin sheet to cover myself with.  I was not thrilled with this. I like more of a cozy blanket and heated bed but, I was in India and desperate so beggars can't be choosy right? My masseuse came in. She was about 65, give or take. I was face up to start and she ripped my paper thin sheet off completely. Instinct was to cover myself  as I was cold and half naked. Then it took a horrifying turn. She started to rip off my underwear. OK, now I feel immediately violated (of course), first because I am  totally naked  and second because I'm shivering from being freezing and nervous.  She sees my discomfort and then says "no shy, we both girls". I then think to myself "OK, when in India I guess" and I try to relax.  I assumed, she was going to give me back my sheet. She did not. I asked for it back and then she said "no" and proceeded to dump a vat of oil on me, and by vat I mean bucket. I felt like I was in a bad porno movie.  I was Rigor Mortis. I'm certain of this because she was trying to jiggle my thigh and saying over and over "no, shy, no shy, we both girls". I finally yelled back at her "I am shy and I'm freezing and I want my sheet".  She still didn't give me my sheet. Anytime her hands started to go anywhere near where they shouldn't, I had to elbow her arm away.  I felt like I was shopping at Walmart. Finally she got the picture and I was directed to flip over (still no sheet). All I could think of were my co-workers that had frequented India.  I wondered if they knew that this is how shit went down around here. Had they had a massage here before? I thought that India was conservative?! This woman was 65! Did I look like I came in there for some action? Is this customary for women clients? I needed some answers and I needed them NOW! I could not wait to get back to my room to start with my interrogation process.

The grand finale (for me) of this massage  given the high volume of oil used, was a shower.  Surprise, surprise, I had to get up off the bed full monty and get in the shower that was conveniently located in the same room. This sick bitch watched me shower. Shockingly she gave me a towel that was locked up in a case with a guard and a secret password where they keep the cozy blankets.

Reflecting back, I should have fled the scene. However I liken it to a situation my very close friend found herself in. She was totally naked with a guy and she realized he legitimately had a micro penis. She grabbed her clothes and left. It's awkward. Both situations are awkward and in the moment you don't necessarily handle it the way you would after you step away and think about it. Except I wouldn't have to think about the micro penis either, I would run to my car naked also. #sorry.