To Crossover or Not? 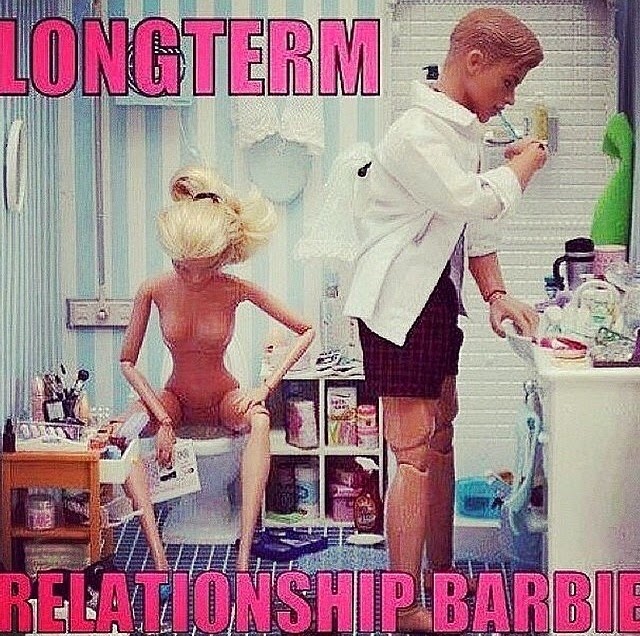 When people ask the question, at what point is it acceptable to fart in front of your significant other, or even worse go to the bathroom with the door open? My answer is a loud and resounding, F'NG NEVER!!!!

If you have never seen the "Sex and The City" episode when Carrie farts in bed with Mr. Big, you must watch it! There were so many clips I wanted to pull. The whole thing is hysterical. I have friends that "cross over" or "broke the barrier" and I don't know how they do it. I personally think that there is an element of romance that diminishes when you cross over. This is a complete double standard. I know in my house, Christian walks  around farting all day. However, he won't fart in bed while I am in it. #decent

I recall a story (she is going to KILL me), when my sister was in her mid to late 20's living in NYC and doing the whole dating scene. I think my oldest was a baby at the time, and I got a phone call at about 8pm, she was whispering and frantic.  She was in the bathroom and her date was waiting in her studio (STUDIO!) apartment for her (I'm so dead when she reads this). She told me she went to pee before they headed out for their date. Side note; I would never have done this for the mere fact that I wouldn't even want him to hear me pee. Ok… so she was peeing and she farted. (I'm legitimately embarrassed all over again for her while I'm typing this).  I told her that I personally would never come out of the bathroom. I wasn't helping matters. The fact that she was still in the bathroom and clearly on the phone, was even more of a train wreck. She was asking if I thought he heard her, to which I'm sure my response was something to the extent of "hell to the yes"!!!! I don't sugar coat. If you want to feel better, don't ever call me, If you want honesty, I am your girl. I don't know what happened on that date, she's married to a great guy. I'm pretty sure she won't speak to me for a while now, so I can't really inquire and follow up. She will plot some form of payback to which I will return the favor and the cycle will never end. #mature

Now…. deep Breath. I have many horrifying stories but this is in the top 5 of all time. I am vehemently against "crossing over" in any shape or form.  I don't discuss going to the bathroom with Christian, I come from the school of "girls don't poop or fart".  I try to instill this in my girls, to which I am failing miserably at thus far. I always lock the bathroom door and I always go to the bathroom on a floor where nobody is located (except my kids because they are stage 5 cling on's and I cannot get rid of them). One morning, and I remember this morning vividly, I must have forgotten to lock the door.  Christian barged in like a damn Gorilla and saw me on the toilet. I got up and slammed the door on his face. We never name call,  but I'm pretty certain I called him every name in the book for  being an neanderthal, for not staying down stairs like he was supposed to, and for not knocking. His response was "you still look really cute with your pants around your ankles"…. I proceeded to cry, and I'm not a crier, I literally NEVER cry. I was furious and embarrassed and I was balling my eyes out because my boyfriend just saw me on the toilet. It was awful and I felt like I needed to break up with him immediately. How do we recover? He was totally unfazed and I was scarred for life. How do people do this? How do people fart and sit on the toilet in front of their significant others and then still have the same level of attraction? I have walked by the bathroom and seen Christian on the toilet and I felt like I needed a lobotomy afterwards. It was a visual that I never want to see again. I'm seeing it now just writing about it.  Now he knows to tell me to leave the toilet paper outside the door rather than cracking the door and throwing it at him.

My girlfriend has been with her boyfriend for a couple years and she knows that she farts in her sleep and she doesn't care about what she can't control (I would still think about separate beds). She texted me the other night and said that she was sitting on the couch and openly for the first time farted in front of him due to a combination of wine and Oreo cookies. Time to pack your bags and hightail it out of there sister! Deep down he's looking at you a little differently. Your not the shiny new girlfriend. You are the amazing love of his life that ripped a fart on the couch. 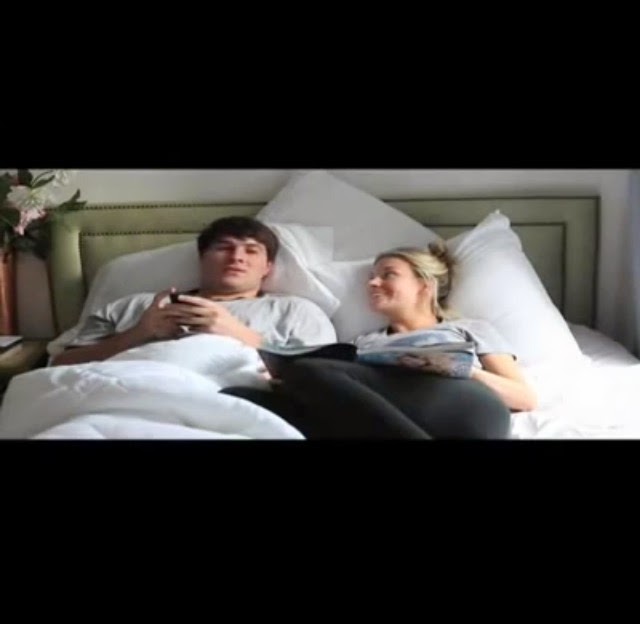 I know that I am extreme. Based on my crying episode  Christian thinks I have issues and am in need of serious help. I call it polite and ladylike. This topic often comes up between me and my girlfriends, mostly because it's hysterical and doesn't every conversation lead to bathroom talk? Do you break the barrier? Should you ever crossover? Is that the kiss of death in a relationship? Does it kill the romance? I think it's clear how I feel about this but I know opinions drastically differ here. #whateverworks