The Land of the Free and I Was Not so Brave 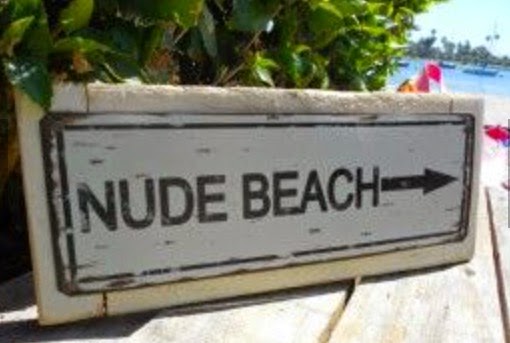 On our most recent vacation, Christian and I went to St. Maartan or St. Martin or St. Marten… I have never seen a place with so many different spelling options. In preparation, I had been looking for some new bikini's and I was wondering why I was spending so much as we would be spending so much time on the French beaches and they go topless and "when in Rome" or a French island rather.

We were going to be without kids and modest I am not, so long as I wasn't  at risk for bumping into anyone I knew, I was going to embrace the culture. Well, pump the breaks. As we were shopping a few days prior to the trip, we ran into one of Christian's co-workers who told us that he and another one of Christian's ex teammates would be stopping by St. Maartan (I'm going with this option) on a cruise the same time that we would be there. His wife was excited and mentioned that we could have champagne on the beach and hang out.  I kept asking Christian to text them to find out what days EXACTLY they would be there. Typical guy, he never did it.

We arrived at the beach and I would say that about 25% were topless. The Nude beach was the next beach down. Of course, we had to venture that way. I think it was the quietest either one of us has ever been at any given point in our relationship. It was like we entered another world. The chairs and umbrellas were bright yellow,  and the people were standing up and socializing everywhere. It made our beach look like Amish country. I'm going to be 100% honest… I studied all the penis's and vagina's. Christan didn't look at the guys, but I made him look on our second trip (yes, we went back). There was not a single man or women with what I would describe as a "fit" or "hot" body but "downtown" was very much in tact. They were all shaved, some had piercings, but that section of their bodies could have been in print. I was actually very surprised. At one point, there was a man walking pretty quickly and he was "blessed" and I thought he as going to "hit" me.  I actually screamed and jumped to the side,  #rookie.  He probably does this all day to see who jumps or better yet, who he hits.

On the second day and our second walk over, when I made Christian look at the men, he was as surprised as I was but he did have to point out the one guy with the small penis #poorguy. But I will say, that guy walked tall and proud despite his shortcomings.  Our ventriloquism was apparent, I'm certain. There was a big sign when you enter this beach that cameras were not allowed, totally understandable. If there was any point where I was going to go topless, this would be it, but I know that the second I took my top off that those two guys we knew would have come rolling up. I'm not that modest but I didn't want to be looking over my shoulder every 2 seconds.

It must be liberating to be that free to just prance around naked on the happy, bright, cheery yellow beach complete with shaved,  big penis's and perfect vagina's. I mean I will change in front of my friends but I just don't think I could socialize and stroll down the beach 100% naked. Some of these guys were sitting spread eagle in their chairs…. I suppose it must be comfy. I know there are nudist colonies in America so to say it's just a European custom would not be entirely true. Regardless, it would be liberating. Perhaps one day I won't care. #cheerstothehappynudes