Top 10 Reasons of Why Being a Lesbian is Appealing

Sometimes I daydream about how great it would be to live alone in a nice city apartment, all white furniture, no fingerprints anywhere.  If there is a dish in the sink, it's there because I left it there, or  I could order takeout every night instead of cooking dinner.  Then I realized that I enjoy interaction, and living alone would get lonely and what I really need is a wife. This brings me to my list. Here are my top 10 reasons of why being a lesbian is so appealing. 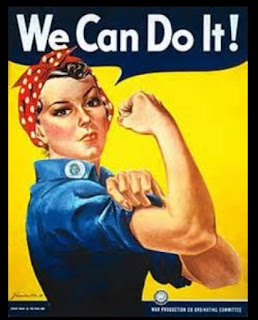 ***Disclaimer - When I discuss men or women in my list, I want to preface, I I don't imply that this encompasses ALL men or ALL women.  I'm going off of friends stories and my personal experiences both past and present day.

1. No time for illness - Most women will shake off a common cold or even the flu and carry on about their day. I have known men who will require a Dr visit for a cold and or demand medication, lay in bed, whine, whimper, buy every OTC medication, down NyQuil at bedtime, just simply bitch. Christian just sent me a photo of a zit he had on his ass and said he needed to go to the Dr. At 10pm, he was going to get out of bed and go to the Emergency Room.  He has not had a Dr. in years but you better believe he had me find him one over this. If I had a wife, and we were both sick, nobody would ever know. #carryonnow

2. No finger licking - Get your mind out of the gutter. Christian and I were driving to NYC this past weekend and we were eating some foul gas station spicy trail mix. We didn't have any napkins and I think I wiped my hands on his seats (whatever, his car is gross anyways),  I could hear this loud smacking noise and out of the corner of my eyes I see his huge sausage fingers, one by one being cleaned off via his mouth. He saw me look at him in utter disgust because his response was "what, I always do this"… #Ican't #gagreflex. The germs alone…. there are so many things wrong with this. I don't think a wife would do this. Certainly no wife I would choose.

3. No Loose Undies - I have a theory that men have a difficult time throwing old underwear away. You know the kind that have holes in them that are ill fitting and lack elasticity basically all over. I'm sure that gay men and metrosexuals are excluded from this particular topic but then again, I'm not sure. I think it was the day before Christian and I had to go to the  town hall to get our marriage license,  he was walking around in quite possibly the grossest pair of underwear I have ever seen…. he farted and I said to him "you want me to marry you"? Suffice it to say we threw that underwear out that day. Women are very good about purging old underwear. I don't keep any for more than a year and we sure as hell don't wear loose fitting underwear that hangs down. #highandtight

4. Help with Laundry - There are 4 steps to doing the laundry... wash, dry, fold and then putting it away. I don't think men really understand that the latter 2 steps are the biggest pain in the ass and the most time consuming. If you're going to help with the laundry, help with steps 3 and 4. 1 and 2 are kind or useless. A wife would really be helpful here. I feel like we would really connect on this topic.

5. No Sports on TV - No explanation needed. I have exhausted every mini series on Netflix on my phone. I blame my failing eyesight on this.

6. Soft Feet - There is nothing worse than getting into bed and  getting stabbed by a sharp toenail. Or….feeling sandpaper rough feet on your legs. Women for the most part keep up with their pedicures and if we had a broken toenail you best believe it would be filed down. #hammertimeneednotapply

7. Quick in the bathroom - I have to factor in another 30 minutes onto Christian's workday because when he gets home he goes up to the bathroom and stays in there for a solid half an hour. I have never understood this. Girls don't go #2, but if they did, it would take 2 seconds! Just be efficient. I seriously think that they go in there to escape from the kids. It's just 30 more minutes of sports blogs, twitter or whatever floats their boat. But to put it bluntly… nobody needs to shit 1-2 times a day for 30 minutes. Girls don't poop or fart so there is nothing to dispute here really. I'd be winning with a wife.

8. Help with Hair/ Makeup -  I have always said that if I hit the lottery, I would love to have a personal makeup artist and hair stylist on staff because after having kids, I loathe getting ready. If I had a wife, I would have to find a woman in the beauty industry.  This would honestly be a dream. If Christian attempted to do my hair and or makeup I cannot even imagine… actually, I am going to ask him to have a crack at it and that will be part of another blog topic. I will post a photo. It will be tragic I'm sure.

9. No Razor Hijacking - I cannot for the life of me understand why razors are so damn expensive. But they are and I try to use mine for as long as possible. There is nothing more irritating than opening a fresh  razor with a nice new gel pad to find that it's clogged with your man's ball sack hairs. Sorry, but it's true. There's no bouncing back from that, It needs to be thrown away. A wife would stay on top of her grooming first off and therefore would not cause such destruction. Second, she most likely would have her own razor thus exhausting any possible annoyance over grooming.

10. A Timely Handyman - Look, I'm well aware of the games I play in order to get a picture hung, the recessed light bulbs changed or something ridiculously heavy moved. I ask 700 times,  then I attempt to do it myself in front of Christian so he thinks I'm going to fuck something up, because truly the threat of breaking my neck isn't great enough motivation. This isn't just Christian, it's been most of my past relationships as well. I have a handyman that I used to call and it was a great relationship. I call once, he came over, the tasks were completed, he got paid. If there was an issue here It's that I had to pay him, but it was only $30 an hour and he was really efficient.  I know most men are too proud for this but a wife…. NO WAY!!! In fact, I have a very long list for him at the moment. It's too bad I don't really have a wife. #ohwell