Pet Peeves - Perhaps we all need to Chill

My sister and I found ourselves saying all too often "oh my god, that's my biggest pet peeve"! Then we realized there should probably be a limitation as to how many "pet peeves" one person should really be allowed before they are just considered a whiny a-hole. So I think it went from five, to three. Three seems reasonable. I mean, why can't I be super annoyed with three things without  being deemed as uptight? I think there are some "pet peeves" that are somewhat universal. 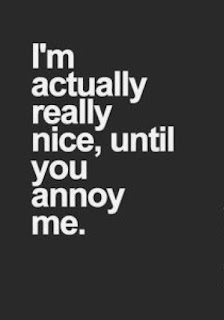 Let's define "pet peeve". According to Wikipedia a "pet peeve" is a is a minor annoyance that an individual identifies as particularly annoying to themselef, to a greater degree than others my find. According to the Urban dictionary (my dictionary of choice), it's an irritating experience caused by others in which you cannot control.

I'm going to start with my own "pet peeves" in no particular order because those whom exemplify such behavior all suck just the same.

Lazy People - I realize this is totally vague and how does one really define a lazy person in a short paragraph? But I will give some brief examples.  Also,  I realize I may not be making any new friends with this one, but here I go regardless… If you don't work all night, don't have a newborn,  if your kid wasn't up all night sick, and you don't have insomnia, (there are other situations unmentioned, Im aware) then put your damn clothes on when you drop your kids off at school if your getting out of the car, or running into Walgreen's or Dunkin Donuts. Nobody needs to see your nasty faded out flannel Pajama pants that you've clearly been farting in all night at 9am. Also, if your house is in shambles, you don't need your afternoon nap.  Clean your house. I could write an entire blog on laziness, but I think you get the idea here. Just be a productive human being. I'm a total douche with this one I realize.

The non-wavers - I read this to my husband and he said this was a Seinfeld episode. I never saw it…. This makes me insanely angry.  When I allow someone to go in front of me in traffic, thus waving them through, and then they drive through like entitled fuckers and don't give me the courtesy thank you wave back, I see red. It makes me want to chase them down in my car to let them know I take back letting them go in front of me. However,  I know I would then look crazy, so I just drive along knowing I did a good thing and that piece of shit  is going to crash his/her car #karma:)

Late People - Ok, of course there are extenuating circumstances that make us all late every now and again, but if I'm going to be late, I am sweating, apologizing profusely, letting the person on the other end know to the exact minute when I will be arriving. I cannot stand lateness. I think it's disrespectful and rude. You now you need to be somewhere at a specific time, plan accordingly. Everyone has a busy life. I have 3 kids and a company, You will never hear me use that as an excuse. I find that "late people" are always late and they usually just stroll in chill as can be not really sorry for the lateness. I have learned to lie to my late friends and family about the actual start times of events. #ifyoucantjointhembeatthem

Here are my Husbands :

People who Fish for Compliments - He doesn't do Facebook but all his friends are on it so he knows about all the facades that go on. He hates when people portray themselves as something they are not to elicit a certain positive response. The whole "look at me, aren't I awesome" when reality is the total opposite. #allshownogo 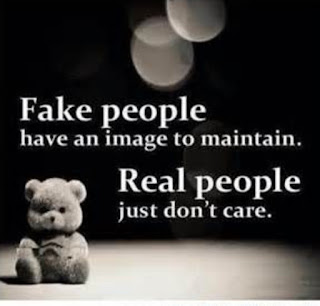 Litter Bugs - This is self explanatory. I hate a dirty car so this is usually a negotiation.. Not that I support littering but if it's something an animal would enjoy, I'd like to let it fly.

Smokers - He hates smoking, and even more, hates when smokers throw their used cigarettes out the car window (see littering). He thinks that it's their choice to smoke and why would we have to deal with their cigarette trash in our environment. #truth

Now below is a list that I have compiled from family and friends alike. I feel as though after everyone reads this blog post we will all be super aggravated with humankind in general,  or conversely feel better about our own individual annoyances.

Loud Chewing - I feel like this is pretty universal as this came up several times. This is just part of having good manners, or not.

Being Interrupted - It's funny that this was mentioned, because I do find this to be irritating. I go out with my husband, my sister and brother in-law and they are so loud that when I try to tell a story they all just talk over me. It's uncanny the person who added this one to the list actually….

Loud Walking - Ummm this person should never come to my house. There are a bunch of elephants here and my 4 year old is the worst one.

People Spitting - I mean… does anyone enjoy this?

Men or Boys Picking their Nails in Public - Yeah, why don't you just clean out your belly buttons while you're at it boys #notsanitary.

People who Refuse to Accept Responsibility for their own Actions - This is a big one! Lack of integrity just means you're a shitty person #theend.

Train Assholes taking up 2 seats - Amen! These people should be sat on.

Slow Walkers/Cell phone users - I'm going to take this as people who are walking and texting on their cell phones at the same time. I wholeheartedly agree. In fact, I think they should pull over to the side as if they were driving. This is dangerous and could cause a pile- up of strange people on the side walk and nobody wants that.

Pumping Gas - Ok, I appreciate a full service gas station myself. Not sure this would be considered a "pet peeve" though. I may declare this individual a tad high maintenance/cranky.

Gym "sweaters"aka  people who sweat too much at the gym - Well shit… your just gonna hate on someones gym hustle? #thatscold.  I do understand if they don't clean off their machine, but that was not specified.

Loud Train Talkers - Agreed! You know this dude is making a fake call discussing his multi-million dollar deal, and he's screaming so loudly about it so that all of his train mates are super impressed with his powerful status #NOT #shutthefuckup #noreally

Ill Fitting Sweat Pants - Fine this is mine again. Think 80's hanes with the elastic ankles. Nobody should wear these, adults nor children. Christian has a hideous pair of sweats.  They are light grey and huge. He works out in them and then they get sweaty and even more repulsive and he rolls them at the top. There are pockets…. I really need to just make them disappear. My girlfriends all make fun of me because I refuse to wear sweatpants. This should really be my second #3. Sweatpants are a slippery slope.  Who looks good in sweatpants? With men, there are so many things that can go terribly wrong, I won't elaborate, I don't need to. With women, don't you think there are other things that look better that are just as comfy? #idigress. My Pet Peeve is really Men in sweatpants because I cannot handle looking at their package in sweats. There you have it! #toomuchwiggleroom.


I'm going to end this there. But please do let me know some of your pet peeves.